The White Rose Classic 2022 is on Sunday, 3rd July.  Each summer, however, there are a lot of cycling sportives on the calendar.  Professional event organisers run many of them.  That makes them quite predictable, if a bit boring or same-ish. We think that the White Rose Classic is different.  Here are some reasons why.

Volunteers from the Ilkley Cycling Club run the White Rose Classic. We pour our heart into making sure you have the opportunity to enjoy the fantastic roads we enjoy year around.  Our 100 volunteers do everything, from the Risk Assessments to making sandwiches (over 1000 of them!).

That means that by the time you set off down Denton Road toward Otley after the Start at Event HQ – like the riders in the video – we have already put in thousands of hours preparing for the event.  For some of us, the effort starts in the autumn before the Event.  That is when we contact each of the venues for feed stations and the Councils and Parishes we ride through.

Many volunteers, however, dedicate the day of the White Rose Classic to the riders.  They forgo their own rides and families, for the good of the larger cycling community.  We are all here to help you have a fantastic day.  Feel free to let any of us know how things are going and how we can help you!

Ilkley Cycling Club has a storied past, although many of the details have been lost to time. The Club was first founded in the early history of cycling: 1896.  We know about the founding largely through the ‘Established 1896’ clearly shown on the certificates awarded by the Club 70 years ago.

Our only firm facts are from the details offered by Brian Sweet, who was one of the top club riders early in the 1950s, and by Bev Barrat, who was another top rider later that decade.  At that time the club was known as Ilkley and District CC, and was the major club in the area.

Ilkley and District Cycling Club organised its own prestigious race, called the Yorkshire Dales Road Race. 1953 was the fifth annual edition of the Race. The Start was at the Town Hall with the finish on Skipton Road via a circuit of Addingham, Bolton Bridge, Blubberhouses, Catchem Corner, Summerbridge, Pately Bridge, Greenhow Hill (prime), Dibblebridge, Grassington, Skipton.

Today, the Ilkley Cycling Club is one of the largest and most active clubs in the country.  Besides the White Rose Classic sportive, we run the Two-Day Races in spring and the Town Centre Races in late June.  We have active programs for youth riders, and every week there are dozens of Club rides for every level of rider.

ICC and the White Rose Classic

The Ilkley Cycling Club adopted the White Rose Classic in 2012 and has been running it every year since then.  The sportive has a permanent place on the Club and British Cycling calendar and is usually run the a Sunday late in June that is closest to the summer solstice, making it the longest Sunday of the year. (2022 being an exception) 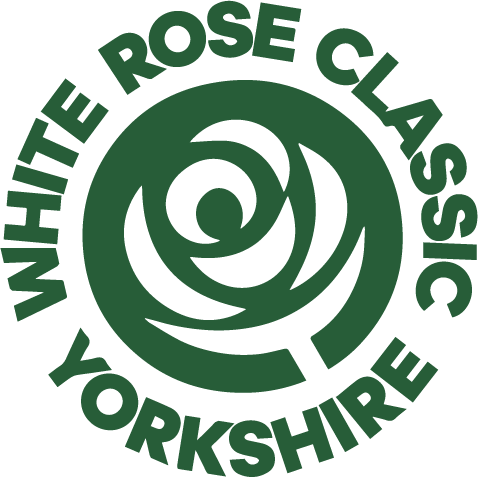